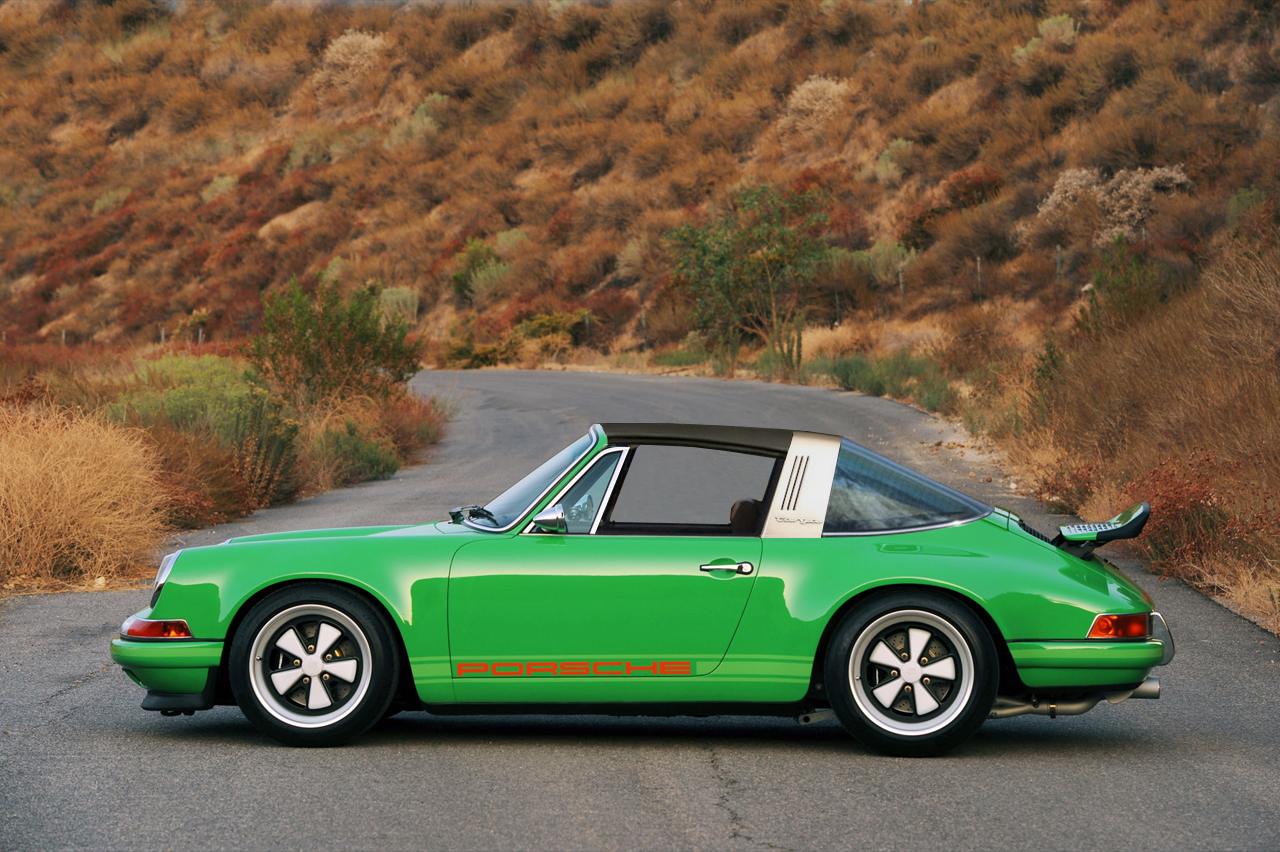 After much deliberation we were persuaded to sell our very rare 911 SC Turbo Targa to existing 911 customer Phil from Ilkley. Phil is taking this on as a joint venture for him and his friend James. Phil already is the lucky owner of a stunning 964 coupe and a very clean 996, James is the owner of a 997 so this addition will take it to a combined four 911’s between them.

We have just taken delivery today of a new set of 17”Fuchs alloys and a MOMO ‘Prototipo’ 3 spoke steering wheel which will look awesome when fitted.

Essentially after restoring the body we will be giving the car a pre-73 back date look, lowering the car and doing some very subtle fabrication modifications to the body work to clean up the lines of the car, we will adding plenty of chrome and reupholstering the interior  in the original 1979 option tartan and beige.

The colour chosen is the very striking Viper green as shown in the photo. We are working to have the car completed by August this year and we will be adding new photos as the project progresses.

This exciting project will be taking place alongside our other commissioned restoration work this year which includes a 1969 911E, 1979 SC wide body, 1986 3.2 Carrera, 1978 SC Targa and a 1993 964 Cabriolet and if possible another of our own cars which is a 1973 Targa. All project work will be recorded and we will be giving you updates as the year progresses.

Copyright Performance Porsche. 2022 - All Rights Reserved
Back To Top