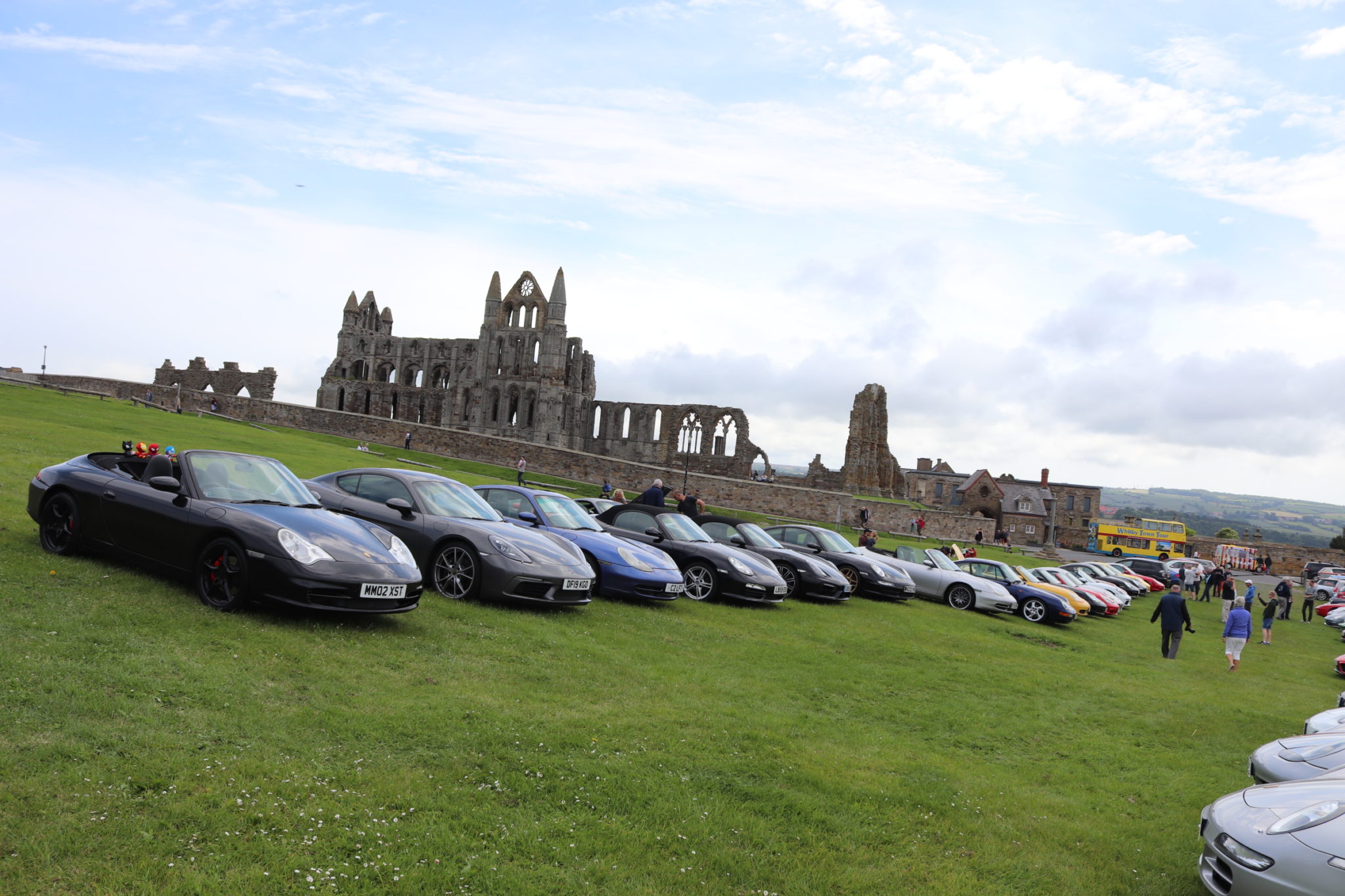 The coast to coast TIPEC trip organised by Colin Hammerton and Richard Sholl began on Sunday 23.06.19 . An early start saw the a large gathering of Porsche owners (32 cars)  at the South pier Blackpool at 0700 hours with the aim to be on the road for 0800 hours.The weather forecast was warm and sunny all the way with rain estimated at around 18:00. Maps and instructions were given to the drivers and their navigators, although the lead car (2 of our very own John and Carl managed to have the map upside down and get the convoy lost within the first 20 minutes) , with breakfast at the Hopper Lane  (those whom have had their breakfast there before will appreciate just how good it is !). Another group (the A team) had to break off before the Hopper Lane as they were fully booked with 50 Breakfasts order, this group headed to another fantastic pub the Anchor Inn with first class service.

Bellies filled, the ‘A Team’ made their way to join the other cars at Hopper lane , and the convoy began to wind their way across the Yorkshire roads to Whitby. A fantastic sight to see 30 plus Porsches all in Convoy, arriving shortly after lunch  (with one or two burnt heads from the Convertible owners) meeting up with another dozen or so cars already at Whitby with priority parking in front of the Famous Abbey. A few photos and a trip down the steps to the harbour for some Fish & chips – something special about having them near the sea front. All in all a fantastic day out organised by the North West TIPEC team Colin & Richard. There were 5 TIPEC regions combined to make this a great Porsche experience . Thank you to all involved in organising it – loved every minute, now home for some much deserved rest after 8 hours of driving.

Copyright Performance Porsche. 2022 - All Rights Reserved
Back To Top